"Poltergeist" is a revolutionary horror film. Not only does it include many of the tropes now found in horror flicks—in all fairness, it can't be said that this film originated them—but it also manages to squash the giddy pleasure of watching other people suffer into a film. If you think about it, horror films shouldn't work because it's all about terrible situations happening to non-deservant people. Then again, we all know someone is escaping, we love that...it's this expectation that gives Haneke's "Funny Games" its power...but that's another day.
The film is determined to prove to everyone that Steven Spielberg had a hand in making the movie. He was the producer and writer of the film, but not the director since he was making "E.T." at the time—the film that "Poltergeist" most resembles. Both occur in cookie-cutter type suburban neighborhoods and both films deal with the a family bonding during a difficult time. But I think that Spielberg is given way too much credit here, though it appears to be his style we see on screen. The credit for "Poltergeist's" success should lay more on the shoulders of its helmsman, Tobe Hooper. Hooper's only other credible film is "The Texas Chain Saw Massacre" so his style really never cements. "Massacre" was gritty, nauseating, and intense. It was hyper-disturbing and low on scares. "Poltergeist" lives for the scare moments, it searches them out and it brings them to the foreground. But more than just jump-scares, the one thing the movie does better than any other contemporary I've seen is install a sense of suspense. It takes those long pauses and uses them to its advantage.
Simply by the name of the movie and the eerie music that accompanies the piece, we all know that things aren't going to turn out well. This, added on to the infamous shot of Heather O'Rourke placing her little hands up against a TV screen and the terrifically quote-able line "They're here!" is enough to give the modern day viewer a clue of what they're in for.
"The Texas Chain Saw Massacre" was an invasive film. Invasive in mind and invasive in body. With "Poltergeist" we get invasion of home, the least sacred.
There had been haunted movies in the past like "The Haunting", but they rarely delivered a satisfying explanation for why this disturbances would occur. In this fashion "Poltergeist" is no different and begins to get a little silly near the end...but that's not before a fantastic first half.
Set in an almost picture perfect neighborhood, we are shown a typical family of five—mother, father, and three children. The youngest child, a girl named Carol Anne (O'Rourke) has nighttime walks when her father leaves the television on. The first few shots of the film reminded me of David Cronenberg's "Videodrome" simply for the technological commentary it seemed to be making...I stick with my first thought after the last frame.
Her parents think that she's just sleep walking so they don't think anything of her talking to the television filled withs static. But we know that there is something more sinister happening here.
Later in the film, when the ghostly apparitions have finally started to show themselves often, the family is taken down a stress filled tunnel of emotions. They call in paranormal investigators the lead doctor played by "Network" actress Beatrice Straight. There is something comical about these scenes, when the investigators are finally seeing their beliefs manifested in such wild ways, they had never even dreamed of.
But "Poltergeist" proves a great point about horror films, they have no idea how to end. They write themselves in a corner and then they can't finish it without feeling phony. Even Spielberg couldn't get it right and this trend would continue until today. But Hooper manages to pull the most from every scene, even when it's ridiculous. The effects aren't anything compared to what we have today, but this horror film is a gentle reminder that its absence would deny us films like "Nightmare on Elm Street", "The Sixth Sense", and "The Conjuring". Indeed some of the better scare moments have been stolen by other directors in other films.
If blatant thievery isn't the highest form of a compliment, I don't know what is. 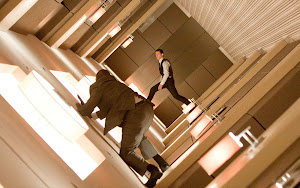 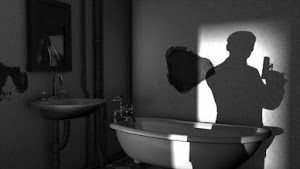 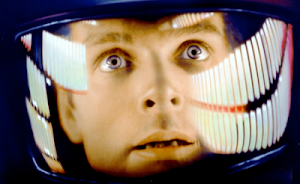 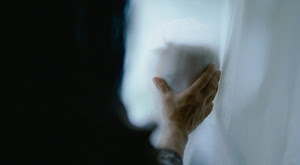